This morning a social worker named Elsa took Charles and I and the boys to visit Bethezata, the orphanage where Alex and Melkam lived for eight months prior to coming to Layla house. It’s about 15 miles from Layla and near the old airport.

We traveled in an aging minibus with broken doors and no seatbelts in back.

In one of Layla's aging minivans with the kids

Of course they don’t use child safety seats in Africa, and people drive crazy. We did get to see some new sections of Addis, and the boys were quiet and taking it all in the whole time. They don’t get out of the compound all that often.

At Bethezata, we were impressed that the grounds were quite nice, and the buildings seemed clean and a little more modern. This was a great relief. 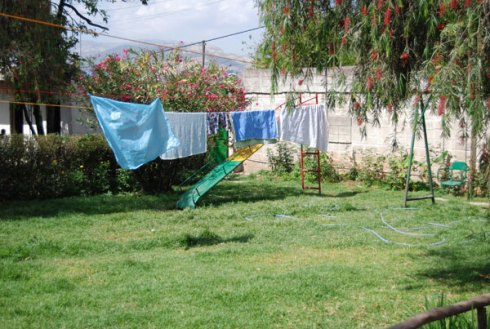 The boys were nervous to come back, I’m sure they were worried that we’d leave them there. They held our hands the whole time, and we made sure Elsa explained to them that we were just here for a visit and to get some more information. They sat on our laps in the social workers office while we asked some questions about how Bethezata works, and their specific paperwork.

We didn’t totally understand why children would be moved from one orphanage to another, and we learned on this trip that Bethezata is a children’s home only, and not an agency. Children aren’t placed from here, they only live at Bethezata until their paperwork is done and they can be moved to a placing agency orphanage like Layla. Alex and Melkam’s paperwork took eight months. This is apparently not unusual.

We learned that Tarike had also stayed here for a few days…her paperwork was almost ready when she arrived from the drop center in Sidama.

They were able to show us the rooms where both Tarike and the boys stayed, and we toured the grounds and the schoolroom. It’s a nice place, and while Alex confirmed that he remembered it, he didn’t have much to say, and didn’t recognize any of the children. It’s likely that any of the kids who were there at the same time have since been placed elsewhere.

A bedroom at the Childrens Home

Laundry at the children's home

Note the razor wire around the top of the wall above the laundry. This type of security is common on compound walls and is also atop the wall around the Layla house.

We took some shots along the street on the way back to Layla: 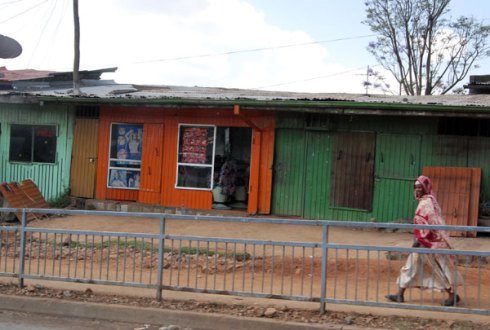 Always seems to be the women carrying heavy loads on the street... 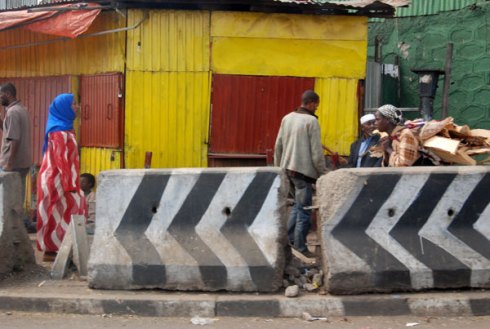 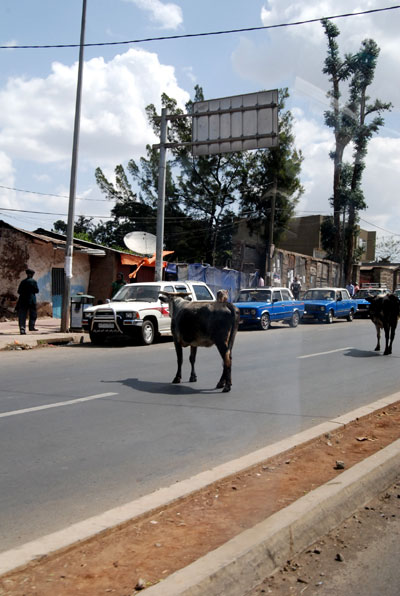 scaffolding made of sticks on this construction project

When we arrived back, we were able to get one of the volunteers to take a couple of family photos for us, for the judge on Wednesday, and for ourselves. While we can’t post publicly, I’ll email these to family and friends. I also took some shots of kids and babies for their waiting parents.

We visited a new place for lunch, down the hill from Layla, and had salad again (joy!) and very good homemade pasta. And this morning, we finally had coffee at Kaldi’s…I think that’s going to have to become a daily staple, it was outstanding! 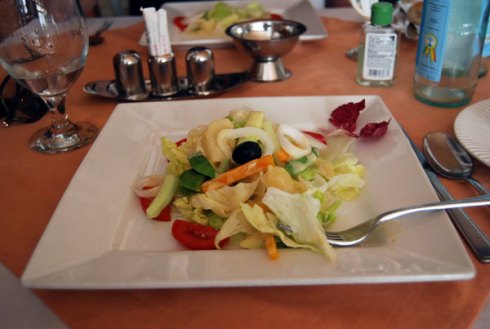 By the way, correction to my former post about the great Ethiopian run: It was only a 10k, and still, over 35,000 people participated!

This entry was posted on Monday, November 22nd, 2010 at 2:04 pm and posted in Uncategorized. You can follow any responses to this entry through the RSS 2.0 feed.
« Sunday
Coffee and Mercado »