As a friend once posted on her blog, at some point you start to become just a normal family and maybe what you write about on the topic of raising adopted kids isn’t so specific or relevant or interesting anymore. Maybe we are heading in that direction. Just like millions of families across the country and around the world, we’re back in school! How NICE to be back in a routine. Just saying, I guess that’s how I am. I like the chaos of summer, but I’m glad life isn’t like that all the time!

Bringing home our three kids from Ethiopia a little over a year ago, I had a clear sense of their innocence, their as-of-yet-un-Americanized-ness. My kids had no expectations. That’s how we were able to do a 9-hour road trip with them in the back of a very old Honda Accord with no air conditioning, no DVD player or even CD player, barely room for the three to fit across the back seat. That’s when they thought of Grandma’s old honda as a race car. Those were the days! Their birthdays were low-key dinner parties with a few close family friends. It never occured to them not to eat the crust of their sandwich.

They didn’t know legos, or star wars, or Pokemon.

I really enjoyed that time, I treasure the memory of it. And while I wouldn’t want them to stay that way, ignorant of their new childhood culture and all that it entails (good, bad and ugly), I also am glad we don’t live in a larger city where they might have been bombarded by it. For the shift came swiftly nonetheless. Even in our small mountain community in Northern Idaho, with one at public elementary school and the others just participating in normal life, my kids were quickly exposed to Ninjago (I still don’t know what that is exactly, but my two-year-old sometimes shouts it with an upraised arm), Saturday morning cartoons, the $5 movie bin at WalMart, lego obsessions among their friendds, computer games and the idea that they should have them, pizza and hot dogs, and elaborate birthday parties.

We avoided signing up for anything that sounded remotely like getting roped into a schedule that might dictate our Saturday mornings, for example. We held that line quite well for about a year.

And then we caved. Hard and fast. One thing led to another and the logical choices just stacked up.

I think it all started with the minivan. Did I mention that we became a minivan family last year? A Honda Odyssey. It’s amazing…I love it. I never ever ever thought I would love a minivan, but it is truly a vehicle designed for moms. It has a fantastic sound system to go with the wide screen DVD display. It came with headphones that, when on the kids, let the adults up front listen to something other than the movie! Brilliant.

Today, my two oldest are in school 5 days a week, at different schools. Alex is in a fairly intense soccer program with practices on Tuesday and Thursday evenings, frequently on Fridays, and games on various weekends, through the fall. Melkam is in Taekwondo on Tuesdays and Thursdays, and now ALSO soccer on Tuesdays. (yes, you are now correctly visualizing a mini-van-driving soccer mom.) Alex has violin lessons on Fridays. Both boys attend AWANA bible study on Friday nights. One or the other of them is in counseling once a week, one at a time.

I just threw a birthday party for Alex’s 8th (I can’t believe it!) for which I acquiesced to his request to invite his entire 2nd grade class (19 kids) plus his friends from last year who are no longer in his class. I held it at a local park and made it a costume party. I didn’t give out party favors and I couldn’t pull together the pinata he requested, but I did serve his choice: angel food cake with fresh strawberries and real whipped cream. I consulted heavily with my sister about the best games I could lead a bunch of 2nd graders in at a park. I can’t believe how many gifts my son received. But mostly he just had a great time running around with his friends playing various forms of tag. 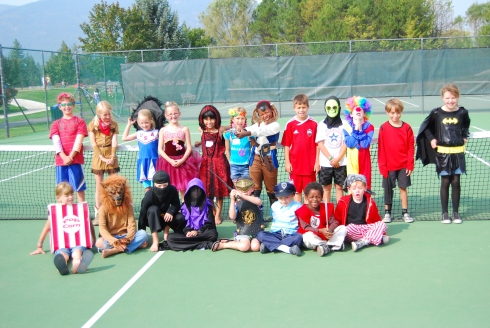 While there are things I really wish were different about American culture (I recently discovered, to my horror, Here Comes Honey Boo Boo.) it is what it is…made up by everyone who lives in this country and the organizations that shape it. I’m so proud of my kids for jumping into it so readily and making a way for themselves. They are really comfortable, at this point, among their American peers. They are doing great in school and sports and they have lots of friends. Their ability to pick up on subtle nuances of our collective sense of humor is impressive. Sometimes I think they fool me into expecting far more of them than perhaps I should.

We had an awesome summer, with dear friends visiting, Charles’s parents to help us celebrate his birthday in August… 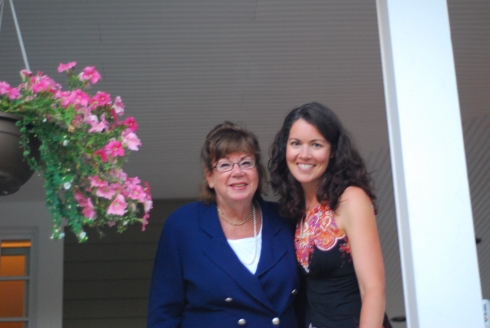 Our best friends from DC to just spend some summer time with us and give the kids a chance to enjoy sleepovers and lots of hang out time with their “cousins.”

Love, really in only one direction…

Still the love is really Eliana+Celeste, not so much obvious in the other direction…Eliana nearly is choking Celeste… 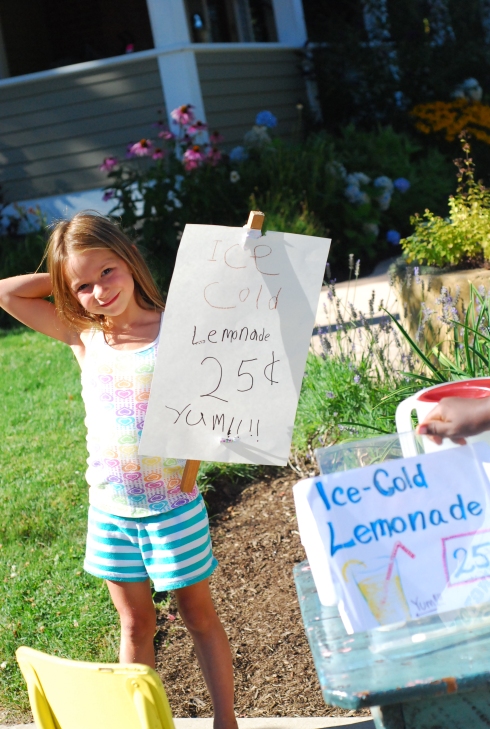 Perhaps the last lemonade stand of the season. Juliette was a great promoter!

This entry was posted on Saturday, September 22nd, 2012 at 10:09 pm and posted in Uncategorized. You can follow any responses to this entry through the RSS 2.0 feed.
« August
Happy 8th Birthday, Alex! »