Saturday is for Soccer

I think my transition to soccer mom began when we traded in our old SUV for a new, ultimate-mom-mobile minivan, the Honda Odyssey. None of our kids were yet playing soccer, and I was unaware of the giant leap we were taking down this path. Fast forward a few months and I was somehow convinced to enroll Alex in Strikers, the more organized, competitive option for soccer in Sandpoint. Since Melkam was already in karate, I reasonably surmised that one sport per kid at a time was enough, and he could do soccer next year.

Alex’s twice-weekly soccer practices fall right during the dinner hour, so we joined our close friends in a family-focused practice of bringing portable dinner to the field. Because we eat together, and one of our family members had to be on the field, so the rest of us were there too.

Getting pretty comfortable guarding the box

This has proven to be a lot of work, but it’s also been fun. And what I realized was that Melkam was choosing to don his hand-me-down L.A. Galaxy Jersey, and practice soccer on the sidelines of Alex’s practice the entire time. Twice a week. And he was good!

As our friends with five and six year olds signed up for rec league soccer and asked me where Melkam was, I found a rec league team that happened to practice on one of Alex’s practice days, on a neighboring field. Ah, what the heck, I thought! Melkam can be on a soccer team too. 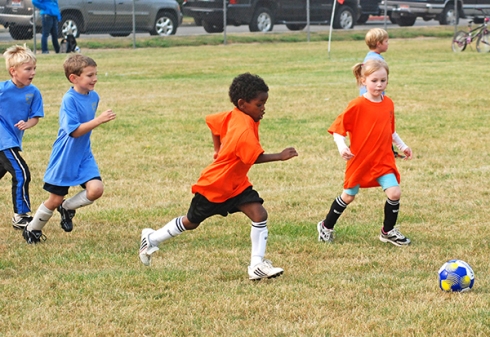 And now, we are officially a soccer family. Stinky socks in the wash, shin guards strewn about, water bottles in wash rotation, soccer balls rolling around in the back of the van pretty much all the time. At least for the rest of October. And guess what, it’s SO FUN! We’ve had the most beautiful fall, with not a drop of rain for a practice or game. We’ve seen the boys develop confidence and skill, and they love it. And we really enjoy watching them play! Both have improved tremendously since the first few practices (during which I was thinking, “somebody get the coach a scotch, how can any human being have that much patience?!”). Alex plays defense, and he’s getting it! He’s earning his nickname Alex “The Wall” Manning. Which he’s quite proud of. At Melkam’s age, they rotate positions a lot, but he’s fierce out front. Fast and agile and incredibly determined. He shoots and scores

! He also talks to himself the whole game while he’s racing around, and his arms flail a lot. Very cute.

Anyway, Vive La Soccer! We’re in! Here are a few more shots for the grandparents! 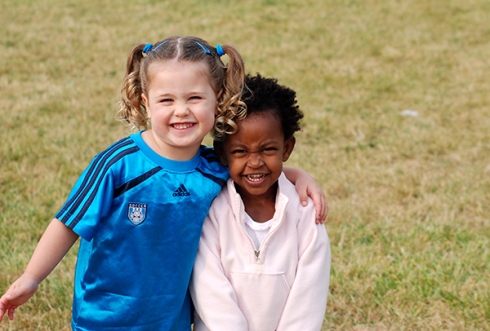 Little sisters and dear friends, cheering on their brothers! 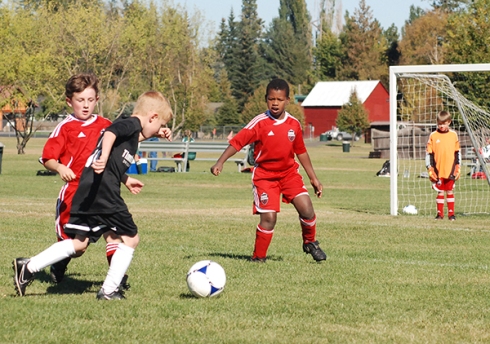 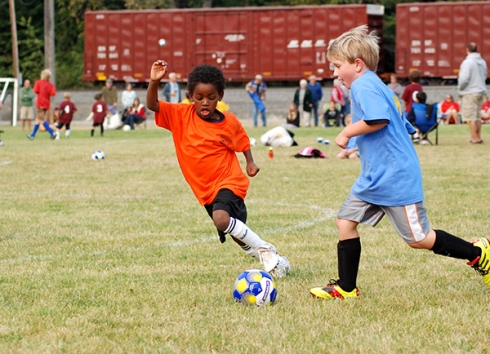 This entry was posted on Saturday, October 13th, 2012 at 9:09 pm and posted in Uncategorized. You can follow any responses to this entry through the RSS 2.0 feed.
« Chapter 16, in which we get away
By Alex (and Mom) »

3 responses to “Saturday is for Soccer”